Smocking- a history of mine 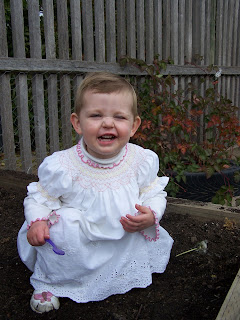 So I was thinking of doing how smocking has gone for me. This was the first I finished. I had started another before this but this was the first completed. It was when I thought if I don't start smocking now my little girl will be to old to wear a smocked dress. And yes she chooses to wear white in the dirt but it washed... 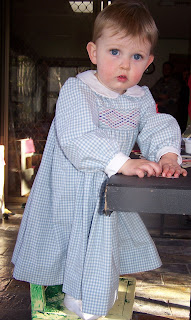 This was her second birthday dress, very traditional but I needed to change the pattern so there were no bullions as then I could not do them. 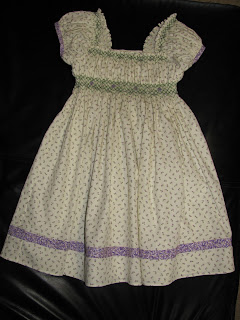 This one is a very pretty experimental on I tried, it needs some adjustment but was beautiful the first couple of times it was worn until it began to sag, I still need to get back to the logistics of this one. 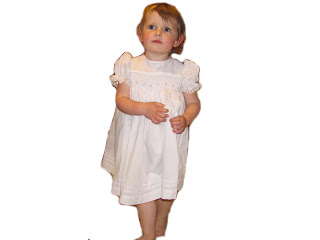 I made this little lovely for my nieces christening, by far the easiest I have attempted but pretty none the less. 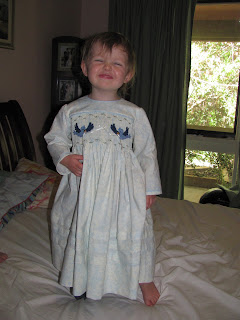 After this one I have sworn no more picture smocking. I like the results but did not enjoy the making one bit!!!! 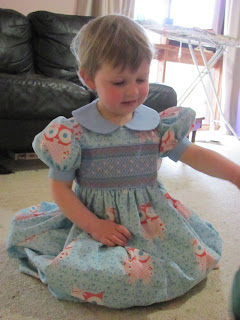 This is just a pretty little one. 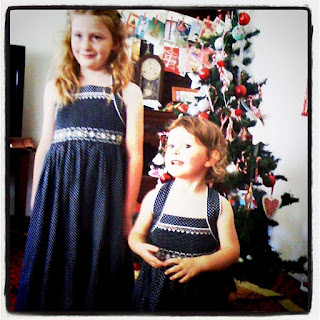 Believe it or not I have done four more that I have not got around to documenting yet though my littlelest does love wearing them. Probably too much smocking for one little girl but I find myself addicted...
Posted by nisabell at 23:03 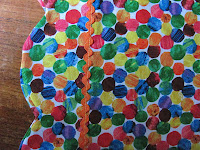